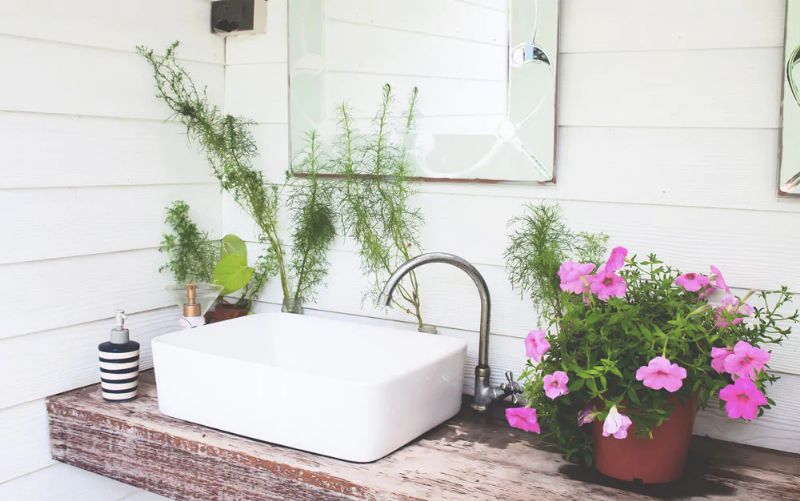 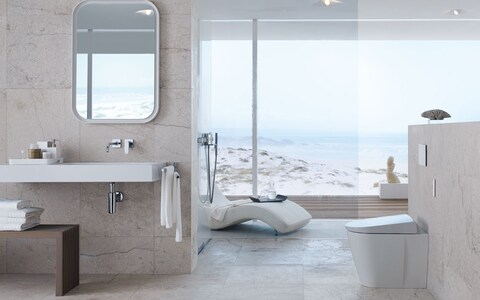 From clean, crisp lines to spa-like luxury, discover the hottest bathrooms trends for 2019

With its pared-down design and monochrome colour schemes, the current fashion for utilitarian shows no signs of releasing its grip on British bathrooms.

Yet while inspiration drawn from factories and warehouses continues to replace fussy chintz with no-nonsense concrete and stone, interior designer Naomi Nunn predicts a clear nod towards our softer, more indulgent side for 2019 and beyond.

Utilitarian may still dominate overall, but the introduction of soft wood hues, as well as a renewed focus on natural greys and off-whites in floor and wall tiling, will help offset the hint of Scandi starkness. “An abundance of wicker baskets to hold your toiletries and towels will help recreate the sense of calm well-being you find in a luxury spa,” says Naomi. 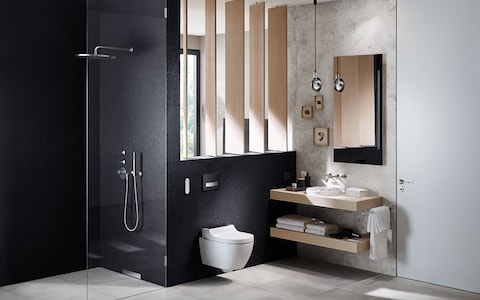 The timeless appeal of black and white shows little sign of waning, either, but for those in search of alternative notes, the softest baby blues or creams via fittings or wall coverings will add extra interest. Shades of terracotta remain enduringly popular for worktops and tiling, and contrast perfectly with a monochrome template.

Naomi believes that repurposed stone helps soothe and relax our senses, particularly when matched with the sumptuous marble finishes which have become a hallmark of contemporary good looks. Basin units constructed from rustic wood materials are proving popular, too, particularly when twinned with the bold, industrial brassware that has become the centrepiece of many bathroom designs.

Black for taps but only in matt

Black taps and basins were once considered a strictly high-end taste, says Naomi, but with a growing number of buyers looking for alternatives to white sanitary ware, black matt in particular can create a dramatic statement for all. While only the bravest reader may opt to pair the look with a splash of oh-so-trendy “millennial pink”, the soothing hues of pistachio green perhaps will provide a welcome relief, particularly for anyone who shudders at the memory of 1970s avocado. 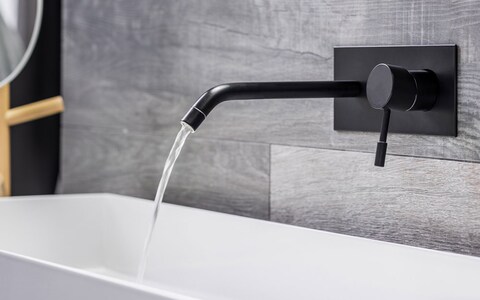 For monochrome traditionalists, shiny, crisp and even clinical is the name of the game, but the steady influx of pale gold fittings is unmistakable, says Naomi, reflecting “a new desire for gentle warmth in a room where an abundance of chrome may leave users feeling very chilly”.

The ongoing 1980s revival has already spread to the bathroom and, alongside it, the more experimental consumer is looking for geometric patterns and simple, almost childlike patterns and shapes. Whether it’s intricate gridwork or outsized square tiles, the look is “reminiscent of a child’s marker-pen daubs”, says Naomi. 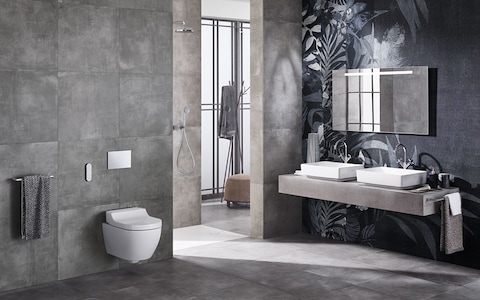 Fill in the form below and we will contact you as soon as possible.